END_OF_DOCUMENT_TOKEN_TO_BE_REPLACED

Have you ever wondered who invented this fascinating sport or how it became popular? Golf can be credited to the Scots, tracing its history all the way back to the 15th century. Golf has been played at St Andrew's Old Course since 1552, making it the world's oldest golf course.

Keep reading to learn more about the rich history of golf and who invented this game.

Golf's historical roots are a contention among historians, with no single inventor attributed. The evolution of golf started in Edinburgh on Scotland's Eastern shores, where players used bent sticks to hit a pebble over dunes. King James II of Scotland later prohibited the sport in 1457 when the nation's love for golf led many to abandon their military training. He considered games a waste of time and believed practicing archery would be more valuable.

People disregarded the rule until 1502 when it received royal approval after King James IV of Scotland became the first golfing emperor in the world. The game was then introduced to England by King Charles I and brought to France by Mary, Queen of Scots.

How Were the Rules Established?

The first golf rules were written in 1744 when the first club was formed. During this time, The Honourable Company of Edinburgh Golfers, formerly known as The Gentlemen Golfers of Leith, released "Articles and Laws in Playing at Golf." They created the rules identified as the Thirteen Articles to regulate the first Challenge for the silverware championship, which took place at Leith Links in Edinburgh, Scotland. 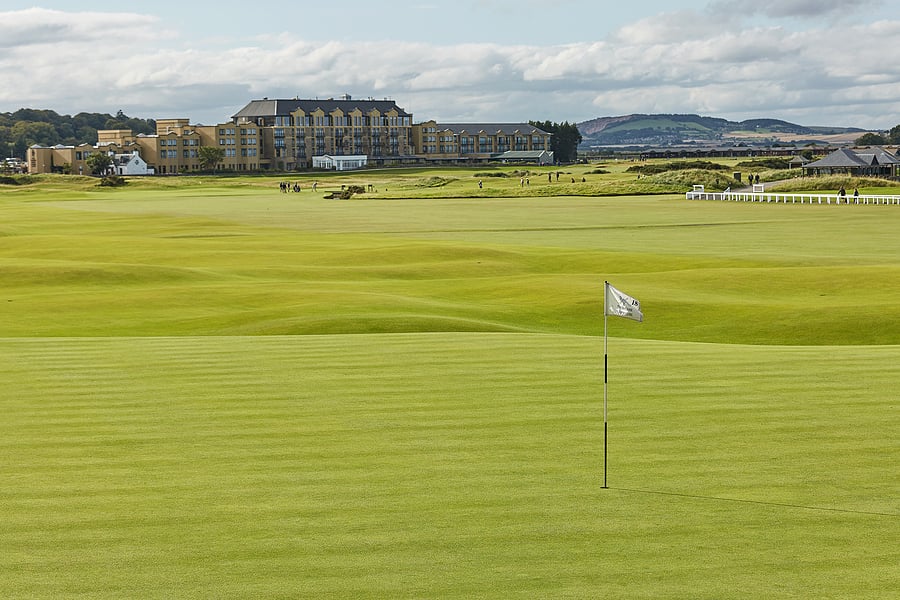 How Did Golf Become Popular?

The expatriates, immigrants, and soldiers from Scotland significantly contributed to the spread of golf around the 18th century by promoting the game throughout the British Isles. However, it wasn't until the 19th century that the game established a global following.

The Royal Blackheath, formed in 1766, was the first golf club outside Scotland, and The Bangalore in India, formed in 1820, was the first club outside Britain. Others swiftly followed, and by 1880, golf had been adopted widely throughout Australia, New Zealand, Canada, Singapore, South Africa, and many other locations. On the other hand, England had ten golf courses, which by 1914 had quickly multiplied to 1000.

Golf's popularity grew significantly as a result of the Victorian era's Industrial Revolution. The establishment of the Scottish railway system facilitated English travelers to go to Scotland by train for golf and vacation trips. It also allowed regular people to travel beyond their towns, and as a result, golf clubs began to spread all over. The clubs and balls were manufactured using large-scale manufacturing techniques, making the game more accessible to the average individual.

There is a suggestion that golf had been popular in the United States even in the 18th century.

Here at American Hole 'n One, our love for golf is unmatched, and we love sharing all things golf-related with you. We also offer Hole in One Coverage that allows you to host your hole-in-one contests worry-free. Contact us today for more information.